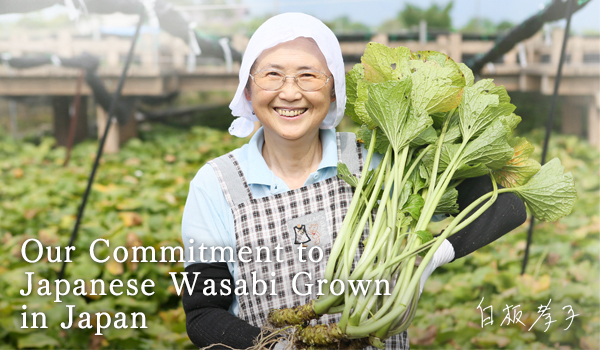 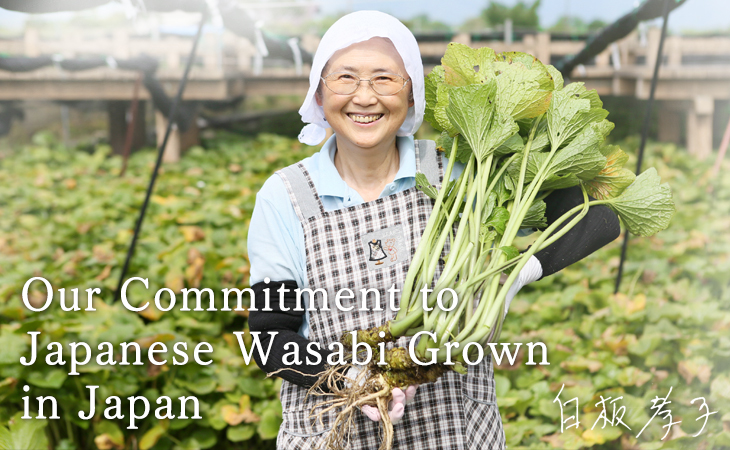 Wasabi cultivation starts with seedlings. We purchase seedlings from Kinjirushi and Shizuoka prefecture, then we plant seedlings little by little in the period of April to October. Around fall, Shizuoka's seedlings are gone, so we purchase them from local or buy high quality bio seedlings from Kinjirushi. Unlike rice, wasabi is not harvested at once, but gradually over long periods. Recently, with in-house cultivation, it becomes possible to keep a water temperature suitable for wasabi, harvest and cultivate quality wasabi throughout the year. Wasabi takes from 1 year and 2 months to 1 year and a half until planting seedlings to harvest.

Wasabi is a very delicate vegetable. It will become useless if put under overlighting, it grows better under shade. However, it will remain small if not put under light at all. As often referred to as rice reverse proportion, in the year of rice's harvest, wasabi's harvest is bad, when wasabi's harvest is good, rice's one is poor. The water temperature must be kept constant between 13°C and 15°C. Also, if the water level in the field is high, shrimp will develop and eat wasabi, spirogyra and moss will grow, disturbing wasabi growth. Management is difficult because the water level will increase in years with much snow. Creating wasabi is also a fight against nature.

Return to the top of the page